City of Refuge – Friends’ Club is a non profit organization with its headquarters in Pankshin, Plateau State of Nigeria. It is a place where people in difficulties find relief; people of purpose find an arena for service – Creating a sustainable future for the world! 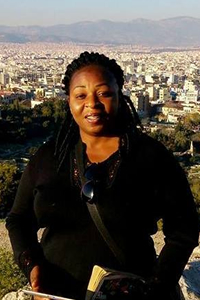 Nenpan Monday Zakka is a community mobilizer, a youth activist, and a creative writer with published works. She is harnessing her skills and youthful brawn for humanitarian activities, which are greatly easing the burden of human existence in her society and promoting peaceful coexistence.

A country young woman, she hails from a small community called Gwabi Kor of Pankshin Local Government Area, Plateau State of Nigeria. Nenpan has been an instrument of great social change in her society.

As a little girl she would reach out in whatever small and practical ways to the disadvantaged around her. Developing an acute sensitivity to her African community, Nenpan would organize other children in her neigbourhood to rehearse and present play-lets and dramas in her local church. The plays all had the themes of the plights of orphans. The making of a girl who was later to intervene and bring succour to many in her society began. Read more >>