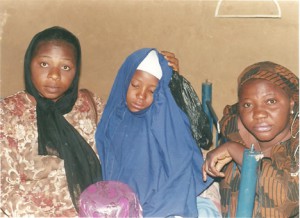 Touched by the social injustice meted on Fulani girls in Nomadic primary schools by the parents of the girls, who drag them into child marriage, Nenpan joined her sister Eunice, a nomadic teacher, in an effort to bring the menace to public notice.  During one of the ceremonies of a child marriage Nenpan and Eunice went into action. They availed themselves as guests at the marriage ceremony to have exhibits for their campaign. They took photos of the child-bride, snatched from school in class four, her bride-maids, and other guests present. They wrote a letter of complaint to the then Executive Chairperson of Universal Basic Education Board Plateau State, Mrs Sarah Ochekpe, (later to be a Minister of the Federal Republic of Nigeria) through the Pankshin Local Government Education Authority. The later dated 8th April 2008 has the heading: The Pathetic Fate of the Girl Child in Nomadic Schools. 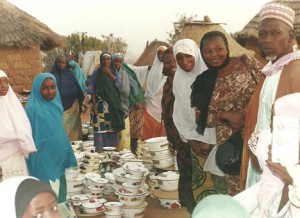 In the letter Eunice lamented the fact that for about seven years of her career as a nomadic teacher, she has not seen up to five Fulani girls that have successfully completed primary school and proceeded to secondary school. Their education is untimely cut short by their parents who force them into under aged marriage.  The girls are usually between the ages of 12 to 15. The pathetic condition of such girls after childbirth is better imagined than said: their future ruined. Find below the pictures of Nenpan and Eunice at the child marriage ceremony.