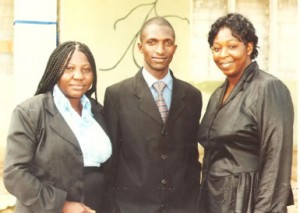 It began with a thought in the mind of a country girl – the youth group called City of Refuge – Friends’ Club.  Moved by the increasing vices, social injustice suffered by the poor, sense of purposelessness, the cult of mediocrity and moral decay among young people in her community, a country girl – without means, living in obscurity – dared the situation by inviting a group of young persons for a chat at the Pankshin Hilltop of Jos, Plateau, Nigeria. There a club was formed, which began meeting once a month for a retreat. In the retreat members unburdened themselves. They discussed things happening to them, their aspirations in life, struggles, fears, failures, dreams and hopes; encouraged and challenged one another accordingly. 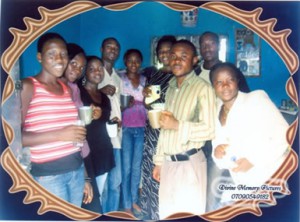 As time went by the club began reaching out to the society. The initiator of the group Nenpan Monday Zakka was already running a miniature private Library: Nen’s Library and Readers’ club. This library offers free services to readers. Borrowers from the library meet for a Tea-Party where books read are discussed and analyzed, to see how knowledge acquired can be applied practically in real life situations. The main aims of the readers’ club are to stimulate and nurture reading culture in young persons towards building their capacity.