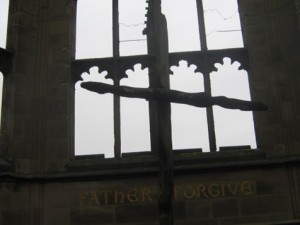 Nenpan Monday Zakka is involved in peace work both at the local and international level. In the wake of the early mayhems that blackened Jos Plateau of Nigeria, Nenpan swiftly went into action, harnessing her skills as a creative writer. She wrote a number of long narrative poems of lamentation that were broadcast over different radio stations. Innocent Minds International sponsored the broadcast of the poems.  The most popular of the poems is titled ‘The Jos Melodrama’.

‘The Jos Melodrama’ is a poem that dissects and analyses some of the fundamental and root causes of the Jos vicious circle of crises. The poem is a call for truth and justice. It criticizes the hypocrisy, accusations and counter accusations that continue to aggravate the situation. The poem calls on the people on the Plateau to look at the positive qualities of one another, celebrate and enjoy them instead of hammering on what separates them. The poem highlights some of the sterling qualities of some individual tribes in Nigeria on the Plateau. The poem expatiates on how much richer the people are when they dwell together in harmony and how much poorer if they concentrate on what separates them and are unable to live together. ‘The Jos Melodrama’ cites some historical figures and nations, and shows how they handled their issues and the results they got. The poem calls on the people to learn from history and choose the path of pacifism which is not weakness. The poem calls the people to the path of understanding and forgiveness, wherein lies healing and progress. The poem concludes by emphasizing that the people’s liberation from the crises lies in truth: truth is seeing things as they are no matter where people stand.

Nenpan’s poems were greatly received by both warring parties. Because of the overwhelming responses of the general public to the poems they were repeatedly broadcast for several weeks. Nenpan has presented her poems on peace, and social justice for the child in several seminars, workshops and peace intervention programmes.  Another popular poem of hers is ‘Let’s heal this Child’: a moving poem about the destitute children on the street, who because of their vulnerability unfortunately become ready recruits for terrorism. 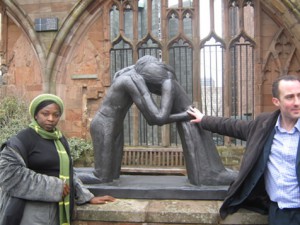