Disturbed by the anomalies threatening the corporate existence of her country’s democratic state, Nenpan returned to her weapon for massive mobilization – the pen. She wrote and published a book titled Like the Winds. Like the Winds is a novel that addresses some very contemporary Nigerian issues. The book is a didactic novel that seeks to re-orient the Nigerian populace, about our real core values as a people, and to check the culture of impunity in the political class. 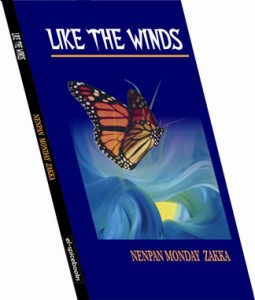 In addressing some of the conflicting Nigerian issues, Nenpan employs the philosophy of the great advocates of non-violence approach, Mahatma Gandhi and Martin Luther King Jr. Using the story of Nentawe, a bright rural boy, the novel unveils many issues in Nigeria, especially as touching democracy and education. In the current time of great complexity in the history of the nation Nigeria, the book posits that, as monumental as the challenges may be, the problems with Nigeria are not the problems that are beyond redemption. The book has been perused by a number of scholars (Professors and Doctors of Philosophy in the University) and their critical analyses about the novel published with the book. Readers see  Like the Winds not only as a text for academic exercise, but as a book that will help in shaping the morals of our young people, encourage virtues that will enhance a democratic state and invariably the destiny of the people as a whole.

Like the Winds was selected as a text for reading campaign by the Association of Nigerian Author’s Jos Chapter in 2012. The novel has been forwarded to the Plateau State Ministry of Education for recommendation for use as a literature text in schools.

Nenpan Monday Zakka has several other published papers and articles in journals and magazines.

See below some of Nenpan’s publications: 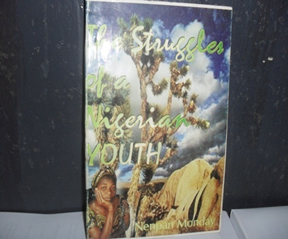 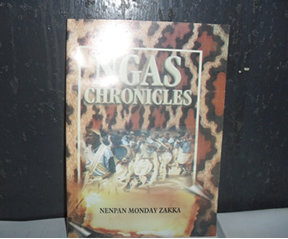