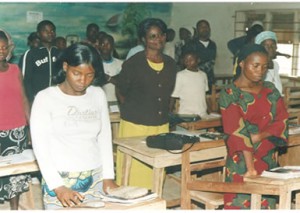 In the interactive sessions with the kids the club was shocked to discover that most of the kids did not even know themselves, let alone know what they wanted from life. The Club visited the kids in their homes and saw living conditions that are a slur to humanity. Seeing the serious situation on ground, the club agreed to form a special school for the disadvantaged youths, to give them some education and a future that will liberate them from the vicious circle of ignorance and poverty.

The club began a campaign for voluntary teachers who will give free education to the disadvantaged. There was an overwhelming response. The willing pioneer – teachers were told to volunteer an hour or two each week, and City of Refuge Special School was formed. The school is a secondary school (High School).

The school was initially divided into two sections:

In the first year the school registered 250 students. The school started with thirty two (32) voluntary staff, and had over thirty voluntary teachers on awaiting list. The club liaised with Pankshin Local Government Council for National Youth Service Corps (NYSC) and each batch of corps posted to the LGC, a number is sent to City of Refuge Special School (CORSS). 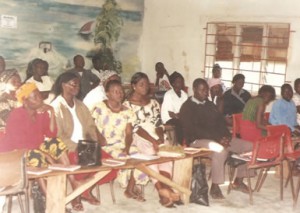 Seeing the success of the school, the increasing population and the problem of inadequate space, the school applied for and was permitted the use of the premises of Holy Cross Primary School Pankshin, a government public school. With an abundant of space and classrooms the club reorganized its school calendar to conform to other normal conventional school. Now all the classes start at 12noon and stop at 5:pm. And the school calendar now is: