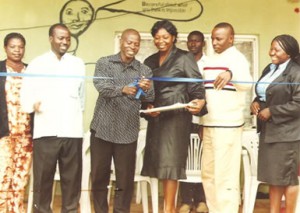 Immediately the club began occupying an office in the Pankshin Youth Centre, members noticed some unpleasant happenings. Young persons organized wild parties in a small hall, right beside the club’s office and moral vices were at the peak. The whole atmosphere was often polluted with Indian hemp. Young persons smoked hard substances openly and freely. At one party a pathetic addict was the bouncer of the party; he held a long chain which he used in whipping other kids with. It was a sorrowful sight. It was very clear that if something was not done quickly to arrest the situation, in the nearest future there would be a missing generation. There was no doubt that at hand was a sick generation heading for its doom, except something was quickly done. 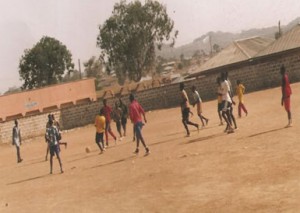 The club wondered the best avenue to reach these youths and it arrived at sports. As sports is a unifying factor, a universal language which virtually every youth appear to appreciate, the club felt it could use it to influence the youths. The club got the game facilities of: Table Tennis, Badminton, Snooker, Football; and indoor games like Chess, Ludo-game, Ward-game, Playing cards etc. Announcements were given for an Open Day for a youth club. Young persons started coming in for games every evening from 4.00 pm to 6.30pm, Monday to Fridays.

The attendance in the Youth club varies from day to day. The statistics of Youths coming to play various games in a month ranges from over a thousand to two thousand. The club keeps a register for all youths coming to play games, where their names, home addresses and school addresses are written so that the club can be part of the lives of the kids even outside the youth club. 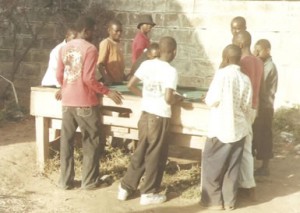 The youths are encouraged to present to the club their report cards from their various schools at every end of a school term. Youth club members have access to the library of City of Refuge, and are free to bring any difficult school assignment to the serving Youth Corps members in City of Refuge Special School to assist them.

Every Thursday at 5:30pm the club gives thirty minutes motivational talk in the Youth Club, which is anchored on values and capacity building. The kids are motivated to rise above vices, average and every challenge in order to develop their potentials and make positive impact in the society. Matches are organized in the youth club with other teams outside the club.